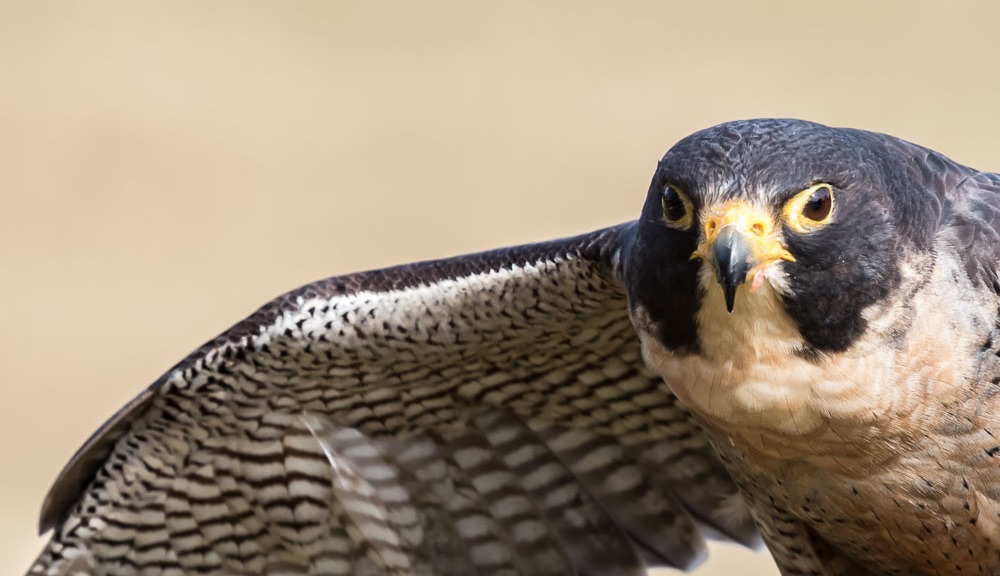 Another set of photos from a flying demonstration at The Center for Birds of Prey, Awendaw, SC. I got some practice shooting a very fast bird with dismal results. The bird was perched on his handler’s gloved hand in the photo above.

This shot is of the bird working to gain altitude; he was moving pretty fast, but nothing like when he dove. 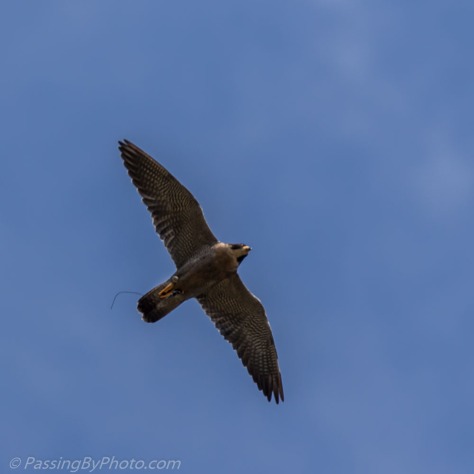 This is after it was over, the falcon safely on the ground with his “catch” that had been swung by his handler. He was keenly aware of the vultures circling overhead, wondering if he had something to share.

One thought on “Peregrine Falcon” 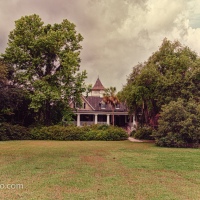 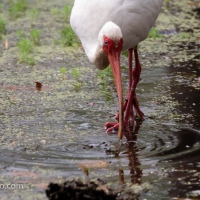 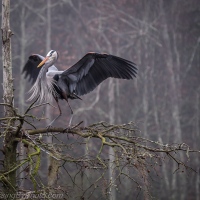