Saint Phillips is one of a group of barrier islands that sit at the edge of the Atlantic Ocean between Hilton Head Island and Edisto Island, protecting mainland South Carolina from the sea.

In 2017 the State of South Carolina purchased Saint Phillips Island from Ted Turner, who self describes as “founder of media empire, philanthropist, and environmentalist pioneer in sustainable resources.”

He owned the nearly 5000 acre (20 square KM) property for several decades, creating nature trails and building this modest home for seaside get-aways. The state parks department is exploring how to include this treasure as part of Hunting Island State Park (not to be confused with Huntington Beach State Park in Murrells Inlet).

Accessible only by boat, I was fortunate to be on one of the first public trips to the island. There was a lot to see and no where near enough time!

Our tour included a walk through the house. The screened  front porch facing the ocean was fantastic!

When the house was first built there was an expansive sand beach leading down to the ocean. Barrier islands change continuously from the effects of storms and daily wave action and that beach is now gone. At some point this rip-rap was installed to help keep the water at bay.

The plantation home is the centerpiece of Rose Hill Plantation State Historic Site in Union, SC. Four Magnolia trees thought to be over 200 years old screen the front of the building from the road. This is in contrast to many of the southern plantations that had tree-lined entrances designed to impress leading to the homes.

The ornamental front gate opens into a formal boxwood garden.

Once through the gate a visitor would be wowed by the porches and size of the home. The portico on the right side of the home was probably the more likely entry point for a visitor arriving by carriage.

At its peak in the 1860s the plantation covered over 5000 acres with corn and cotton as the primary crops and about 180 enslaved individuals.

There certainly is a lot of symmetry going on, if not a front to back mirror image. I regret not taking the inside tour.

Gist family members lived in the mansion from about 1811 to 1889. It remained untouched during the Civil War as there were no battles, retreating armies, military quarters or skirmishes in the area.  From the 1890s to the 1930s, the mansion deteriorated significantly. In the 1940s, it was purchased and restored by Clyde Franks, who sold it to the state in 1960.

This State Historic Site interprets the family life and political legacy of William Henry Gist, often called South Carolina’s “Secession Governor,” serving from 1858-1860. With its mix of Georgian and Greek Revival architectural styles, the former family mansion stands as a fine example of an antebellum home.

This pretty spot on the Enoree River in Clinton, SC, was the impetus of the August 19, 1780 Revolutionary War Battle of Musgrove’s Mill. Possession of this easy to ford section of the river in the rural, agricultural area was the impetus behind the skirmish.

A modern bridge less than 1000 feet (300 Meters) downstream made this site obsolete for river passage a long time ago.

The day I visited a few turtles playing “king of the hill” was the extent of the activity. 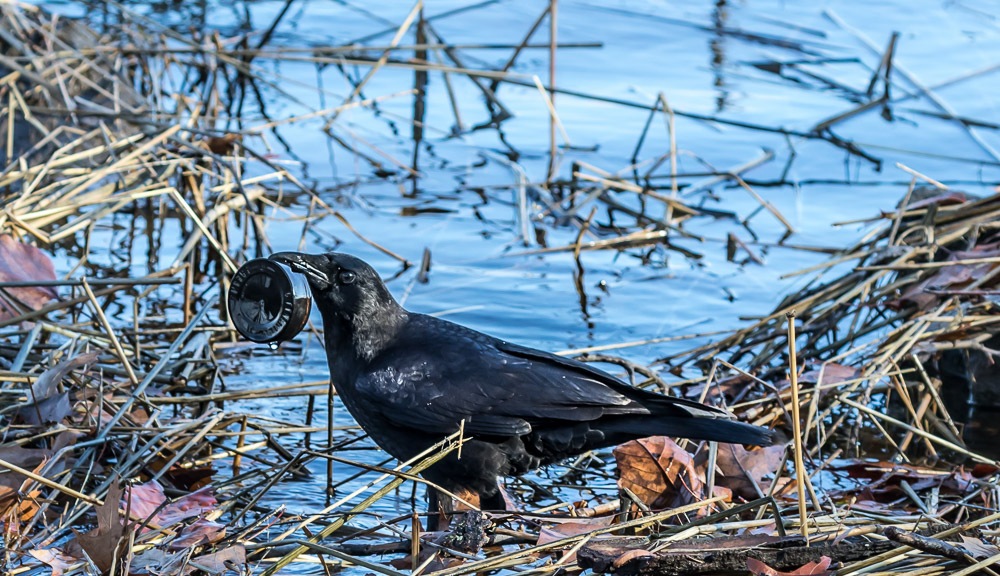 This Crow was wading at the shore of the Connecticut River at Haddam Meadows State Park. As Crows will do, he poked, dunked, and tried to eat any number of things. 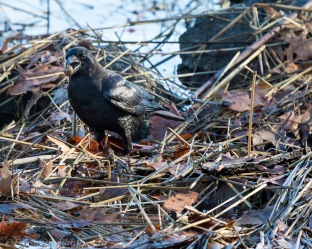 This piece of trash kept his attention for a few minutes then he went back to dunking acorns. 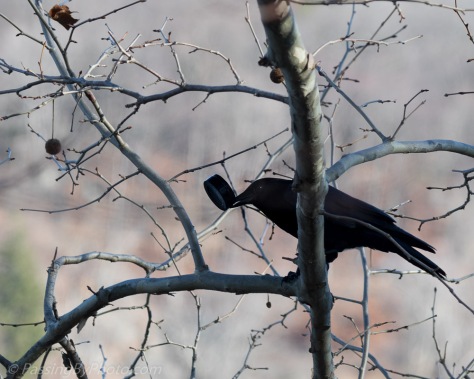 Downy Woodpeckers are fun to watch as they rotate around a branch. This one stopped to peek where a limb had broken away.

The trees at Meigs Point are a popular spot for these Woodpeckers, sometimes giving their location away with their tat-tat-tat searching for food.

The late December afternoon sun at Hammonasset Beach State Park provided a nice light for photographing these Chickadees.  Several of them were flitting in dried reeds near the beach. 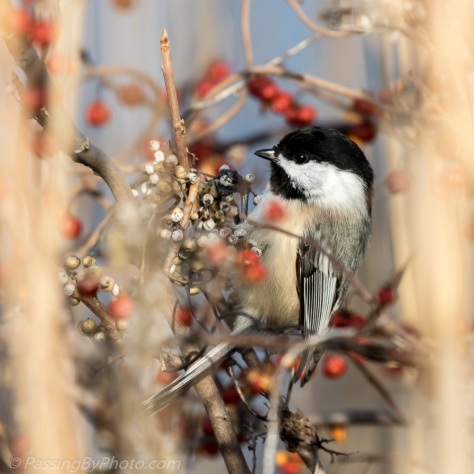 Others were hanging out at a fruit tree near the marsh. 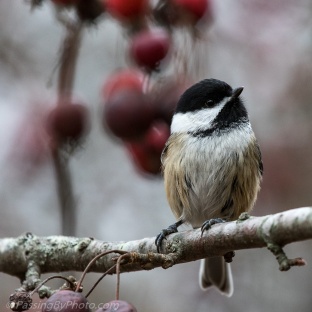 Click on any photo for larger view or slide show. 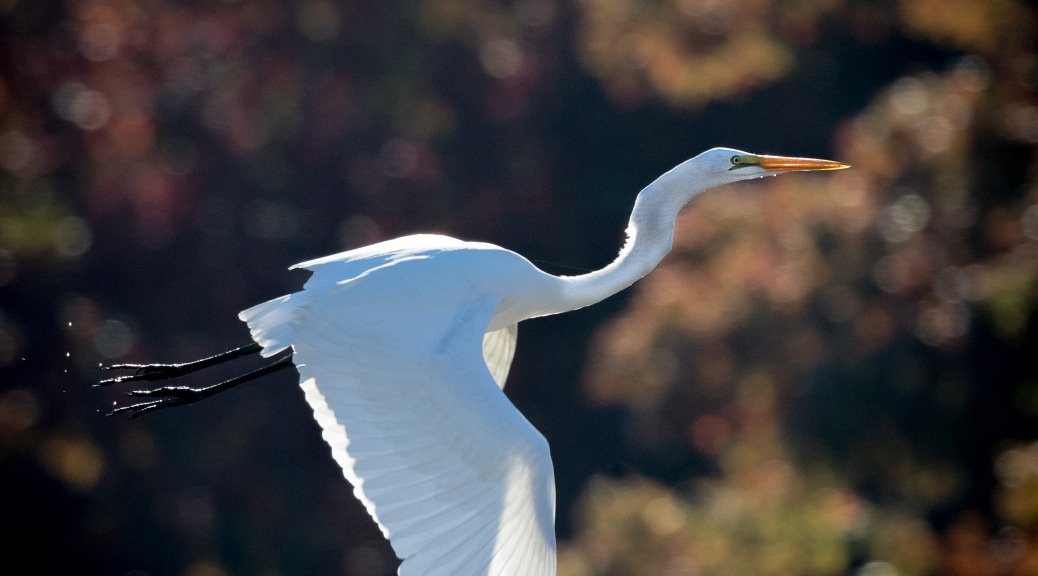 We stopped by a few of our favorite bird spots today, including Rocky Neck State Park and Essex, Connecticut. The calendar says November but the temperature felt more like early September with a beautiful clear sky. Wading birds and small woodland birds were taking advantage of the nice day.

A number of Great Egrets have yet to migrate south. The Snowy Egrets appear to have moved on.

Nuthatches could be heard at the edge of the marsh. The one I spotted on the ground didn’t result in a good picture. The size of this one’s feet explain how they are able to travel upside down on a tree.

This Gull waited patiently for the roiling surf at Hammonasset Beach to stir up some lunch. Spotted it!

He rose out of the water with a treasure.

It appeared he knew the key to opening said treasure. 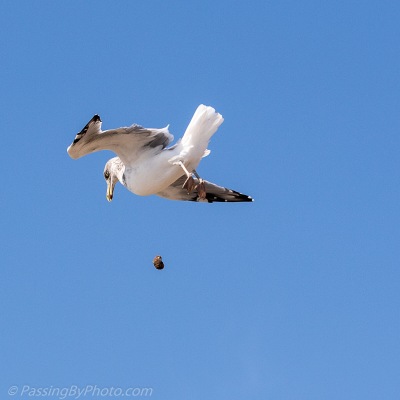 However, he wasn’t rewarded as the shell bounced off the sand with a thud, not the sharp “crack” often heard when Gulls drop clams or snails on a pier or rocks.

Undeterred, he strutted off to try again, leaving the unopened shell behind. 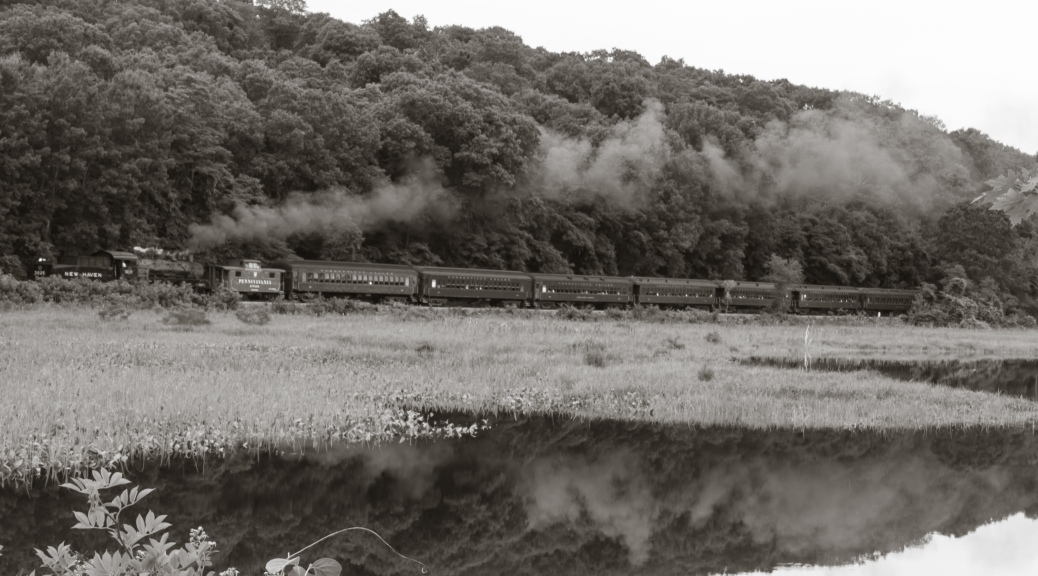 We seldom leave the house without a destination in mind. Mindful of the holiday traffic, today we headed south with a plan to cross the Connecticut River on the East Haddam Bridge then poke around headed towards Lyme.

As we were approaching the bridge cars were stopped ahead of us with the gate signaling that the swing bridge was about to open or close. The line of cars was short so we were able to turn into Eagle Landing State Park hoping to get some shots.

The bridge was just opening as we parked. After two boats passed through and the bridge closed we strolled down the park. We spotted the Osprey who reside on top of the moving portion of the bridge on the community funded platform.

Other small birds were hanging around.

The Becky Thatcher headed north which could only mean that the Essex Steam Train would be coming into Deep River Landing to swap passengers.

We jumped in the car and made it to Deep River Landing well ahead of the train. 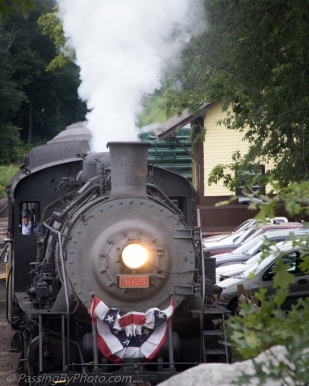 A little further south we saw the train again as it passed Pratt Cove.

Lyme will have to wait for another day.

Last week I photographed Swallows feeding their young at a nest box. At Hammonasset Beach State Park the Menunkatuck Audubon Society has placed nesting boxes with the openings facing away from the path where human visitors are invited to observe.

Yesterday, the young from one of those boxes had made it to the roof. At the neighboring boxes all of the activity was on the side away from observation, with the parents bringing a steady supply of food. (Click photo for larger view.) 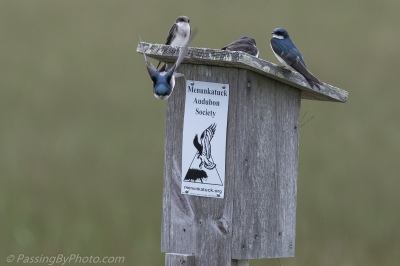 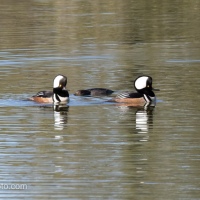 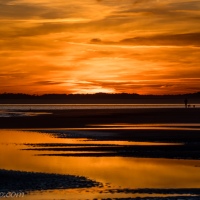 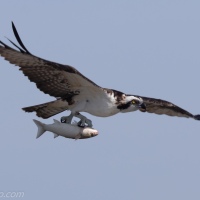 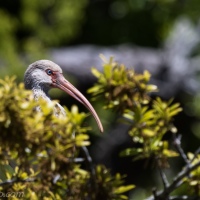 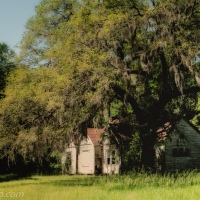