With his mouth full of bugs this Grackle paused a couple minutes at the edge of the pond before flying off to his nest.

I didn’t see him make the catch and have no idea how he got these two bugs in his beak at once. Maybe the effort was why he rested before heading to his nest.

He eventually flew out to this tree, aka “the skinny tree,” where his nest seemed to be in the broken Wood Duck box seen on the far side of the trunk.

An Alligator was patrolling the water around the tree. The Grackle dive-bombed the Alligator several times with no effect.

There was at least one turtle in the water and there is one Great Blue Heron and three Great Egret nests with chicks in the branches above, either of which would be more enticing to the gator.

4 thoughts on “Grackle with a Double Snack” 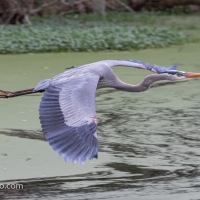 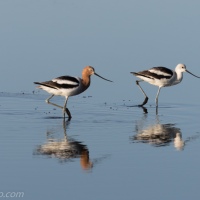 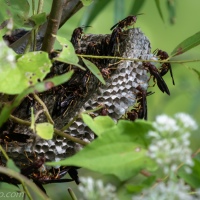