Lots of folks confuse these two water birds, it was interesting to see them side-by-side, watching one of each compete for the same space.

The immediate way to tell them apart is the Anhinga has a straight bill and the Cormorant’s is hooked.

The Anhinga won the first round of “King of the Hill.”

A few minutes later one of the Cormorants returned, showing off his feet as he looked to get closer to the stump.

An Ibis was on the scene, but had no interest in the competition.

Another view showing off the beak comparison.

I had an idea something was going to happen as I watched a female and vocalizing male Mallard close in on another pair in a small pond.

the dust-up was on.

One of the females stayed near the action.

I have no idea which duck was which at this point. I don’t know where the female Merganser appeared from, either, but she quickly retreated. 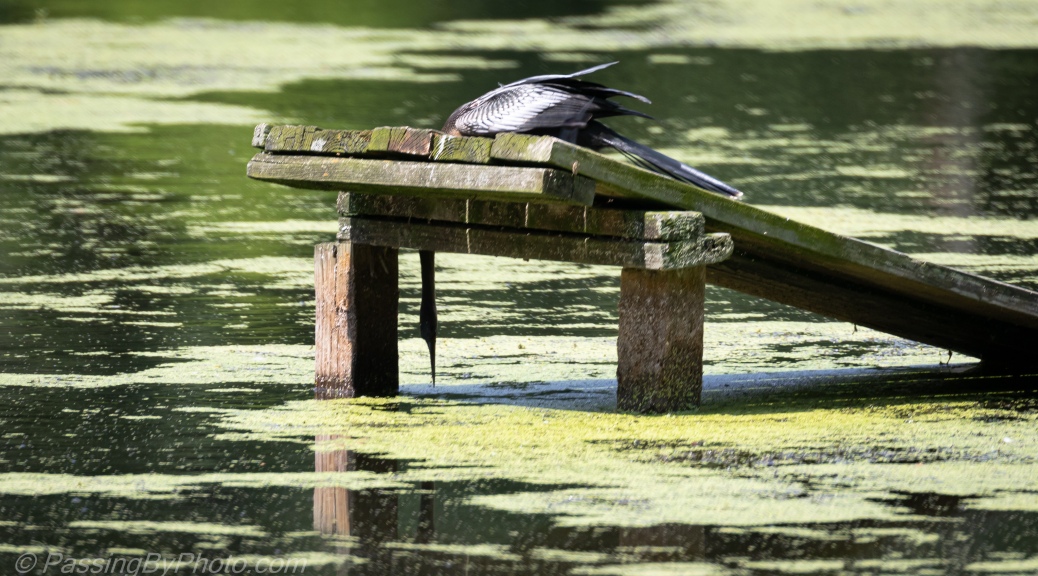 It’s common to see Anhinga standing on the alligator platforms with their wings outstretched, drying off after hunting. This one was a little different, settling in…

…and getting a drink of water.

I try not to anthropomorphize the wildlife I see but there often are similarities in the behavior, if not the intention, to human activity. These Roseate Spoonbills did their version of King of the Hill for at least an hour, with no obvious winner.

In addition to wanting to be top bird, some of them also wanted to dismantle the “hill,” removing twigs from the main branch, eventually dropping them.

Some squabbling broke out, but wasn’t serious enough for any of them to leave.

The pond wasn’t very deep and those pushed off the limb easily stood in the water, until they decided to push another bird off. 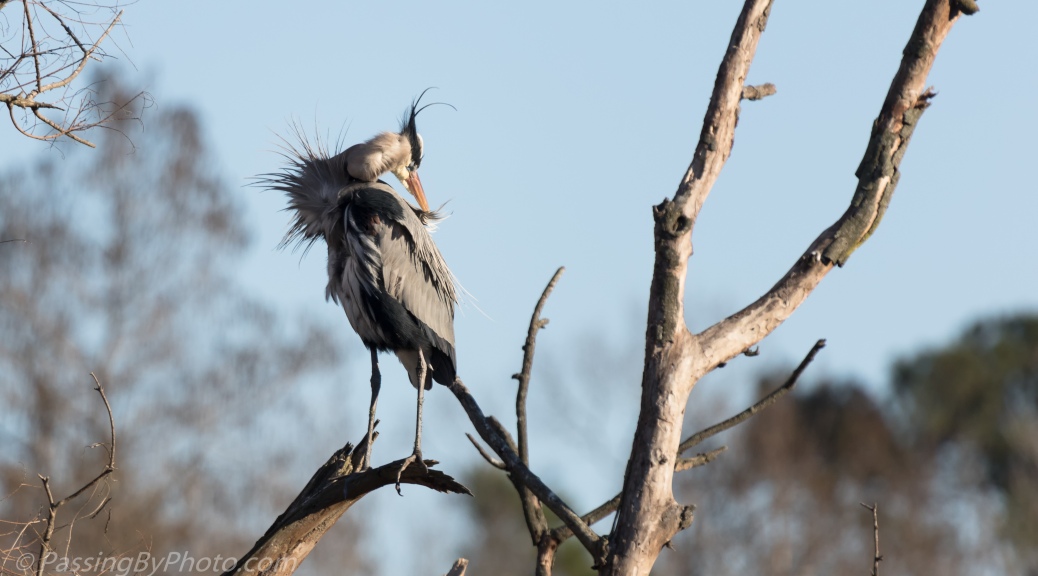 Hoping to look its best to a potential mate this Great Blue Heron spent considerable time preening, his breeding plumage fanned out in the wind.

The herons have considerable flexibility and stretching ability.

Primping done, he was ready at last to make the call. 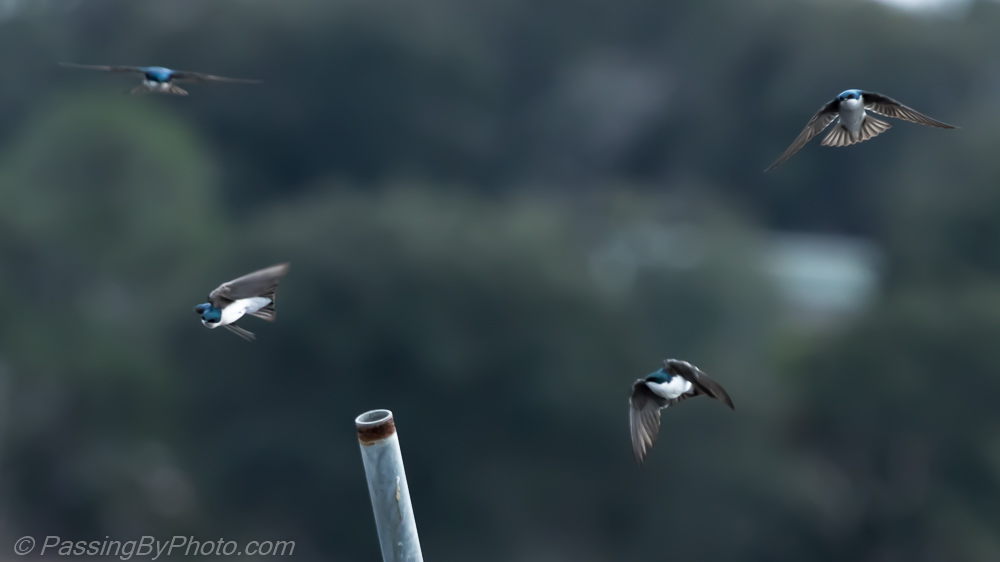 I’ve watched the Tree Swallows zooming over the old rice field at Magnolia Plantation several times over the last month, resisting the urge to photograph them knowing focusing to be futile. They are fast and fly in erratic paths as they pursue insects. 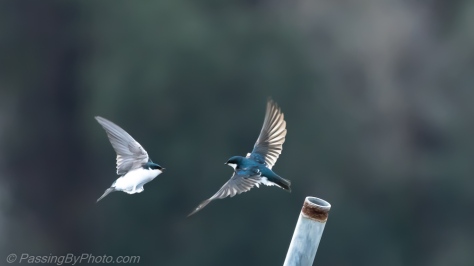 Yesterday I spotted a behavior that centered around this metal pole sticking out of the marsh that gave an opportunity for some shots. Yes, bird pole dancing with a lot of in place fluttering.

When a bird landed on the pole it made it possible to focus and when the birds stayed in or flew through the same plane I got some in-focus shots.

Of course this was clearly a case of needing a bigger lens.  The distance, adjusting for the high ISO (1600 – 2400) and cropping to get a closer view of the birds resulted in non-sharp, but interesting, photos.

I didn’t see any other tree or man-made device that the Swallows were attracted to in this area.

In between swooping around the pole the rest of the flock continued bug gathering over the reedy areas of the swamp.

I could not get any closer due to the swamp and alligators but the dike does curve about where this action was taking place allowing for a couple of angles. 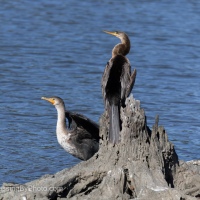 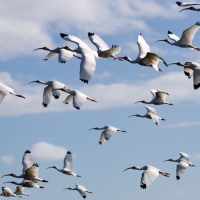