There are a number of Red-shouldered Hawks around the swamps I frequent.  I often hear them call, and this day I finally spotted one on an open branch. I thought he was about to fly after displaying the rousing behavior.

Instead he settled in and called some more. I’ve observed Red-shouldered Hawks make a lot of noise like this before when they appear to be hunting, as contrary as it seems. All potential prey should be driven into hiding.

I moved to a vantage point on a perpendicular trail just in time to see him fly off.

He didn’t go far and continued his calling. 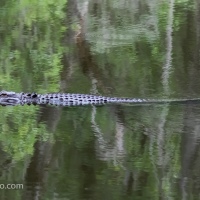 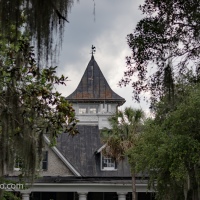 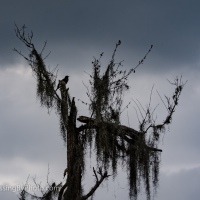