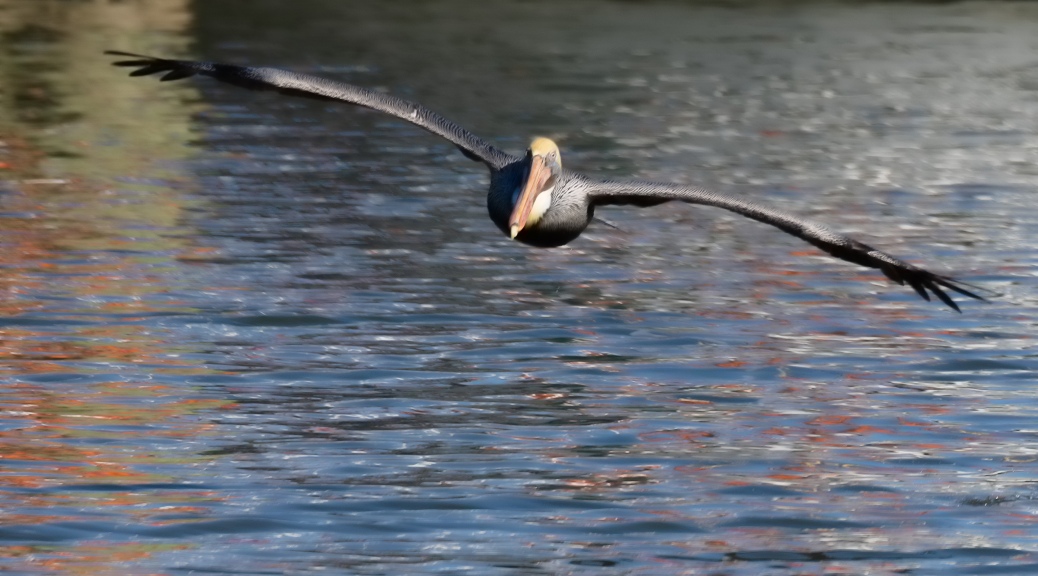 Watching and learning to predict behavior goes a long way in bird photography. I saw this Brown Pelican coming in low over the water and was sure he would skim by right in front of me.

He pulled up and landed on a dock piling.

The Pelican’s big feet managed to hold on the piling cap, but he didn’t look too comfy. 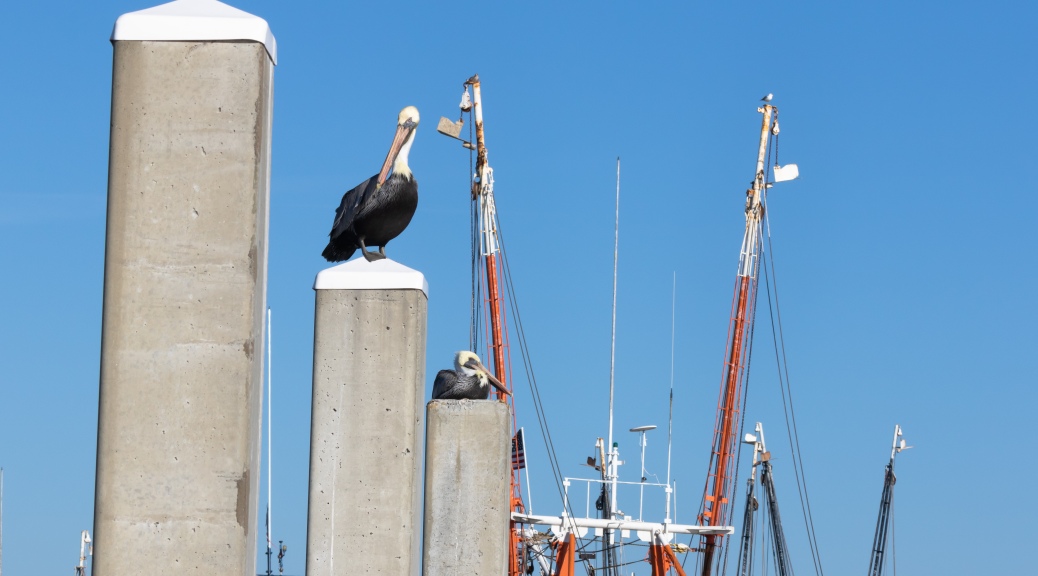 The cap on the far cement piling is missing and made a great spot for a Brown Pelican to settle in for some sun.

The pilings with the white caps don’t look that inviting as perches but a second Brown Pelican made do, but had to stay standing.

This Brown Pelican was coasting over the creek then rose up in front of this tree decked out for fall.

I can’t help but smile when I see a Brown Pelican, they are just goofy looking birds.

Then, they do something even goofier looking.

South Carolina’s coastal bays and rivers are full of entertainment. 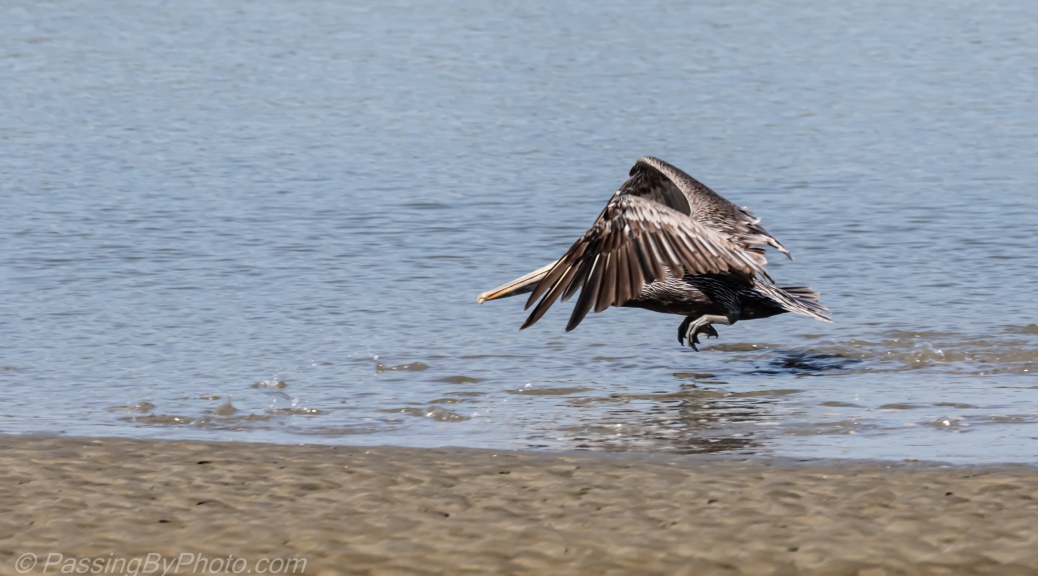 Brown Pelicans are fascinating to watch in flight, so graceful yet so prehistoric looking.

I thought this one was going to land and try to catch a fish. He dropped his feet.

But then he tucked them in as he glided over a school of jumping fish.

Brown Pelicans eat by either diving into the water and scooping food into their beak/pouch or sometimes by bobbing on the water and snatching up a fish, not by picking it up with their feet–I’m not sure what he was up to here.

Then it was landing gear up and away he went down the river, no lunch.

A Brown Pelican lowered his feet, opened his wings wide, and slid into the water — it still amazes me no mater how many times I’ve seen it.

The rookery islands do not rise much above sea level which is one of the reasons the Brown Pelican nests have a low success rate. Over wash from storm driven tides can and has easily wiped out whole colonies on this and other barrier islands.

The bird chaos was amazing with numerous species in addition to the Brown Pelicans using the island. Snowy Egrets, Tricolored Herons, and Laughing Gulls were well represented.

This view is the sea-ward end of the island, with the shore crowded with Brown Pelicans and Laughing Gulls. The island down to the low tide mark is a protected preserve.

Shore access is not allowed during nesting season; these images were all taken from a boat at a shutter speed of 1/2000th of a second to help compensate for the boat movement.

Brown Pelicans nest on several islands that are really not much more than sand bars off the Charleston, SC coast. Storms and the tides shift the availability and viability of nesting sites from year to year. I had the privileged to observe one of these sites this morning, where the Pelican chicks are out of their nests but not yet flying or getting their own food.

This particular island was re-nourished with sand dredged from the Folly River last year with spectacular results for this year’s nesting Pelicans.

Shore access is not allowed during nesting season; these images were all taken from a boat at a shutter speed of 1/2000th of a second to help compensate for the boat movement.

It was a delightful outing and seeing these Pelican chicks was a real treat. This appears to be two sets of chicks, with the younger group testing out their bills in the water.

Watching Brown Pelicans fly can be mesmorizing. They often glide in small groups along the shore line, gracefully and with what looks like little effort.

And with some secret signal they turn in unison.

These were taken at the end of the day and there wasn’t much light. This last Pelican was by himself and went right over my head, and yes I wear a hat.

My, what big feet you have!

Brown Pelicans will land on almost anything around the dock, including this shrimp boat rigging, and somehow their feet adapt. This one is looking down into the creek, alert for any chances at lunch. 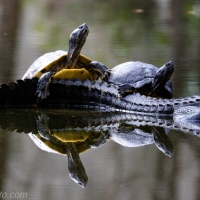